The weeks have fled past since the last post.

I've managed a couple more Celt on Celt games (with some Roman involvement) on the same table set-up and a little planning/painting and figure buying, but not much else on the gaming front. 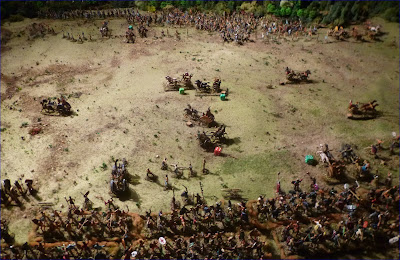 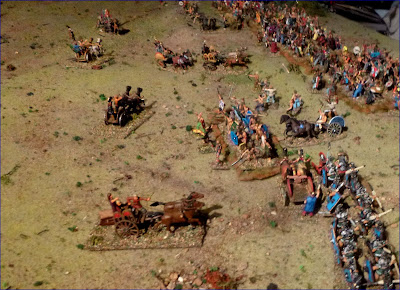 One reason: I am repainting and reorganising the "back room" (aka "spare room/guest room/junk room") so as to put in more bookshelves (the piles of tomes scattered around Denyer Towers look as if they're getting to "self-combusting" levels) plus make a "study/work-room" for She Who Must Be etc.

In theory this means She can decant her PC and other gear to the new study - and out of "MY" playroom; thus giving me my room back and space to set up a "map table" for campaigns/board games* when the Wargame Table is up and occupied..  In theory...

(*I have a hankering to play Panzer Armee Afrika, due to re-reading "War Without Hate" between other activities. Plus I want to use 1776 as a basis for "battle creation" for my 6mms.... Plus a home-bashed "Russians in Turkestan" Campaign.. Plus a "Year of the French" ditto... Oh dear....). 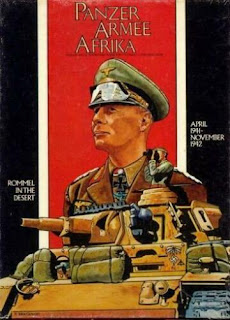 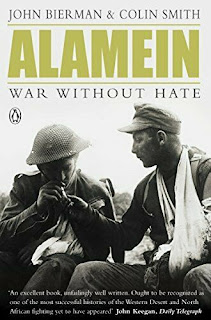 Time was also eaten up In a nicer way) at the end of September when we managed to get a quick ten days tour in Croatia with the Archaeological Society (originally scheduled for March 2020).

Loads to see, interesting, varied terrain, some lovely Roman sites and terrific museums, a couple with some very nice Roman grave stelae and other military-related finds as well as some nice local Bronze-Iron Age items. 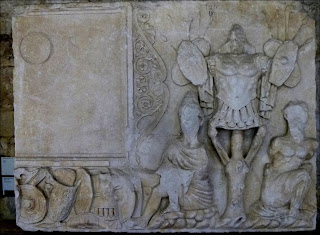 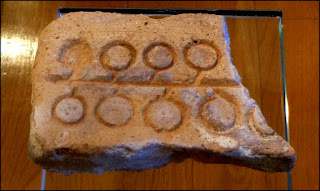 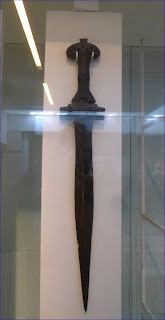 Also some Alan weaponry - some of the latter items looking straight out of the Anglo-Saxon armoury..

A nice break, but the Covid pre-and-after shenanigans (tests and paperwork) added to the stress levels.. 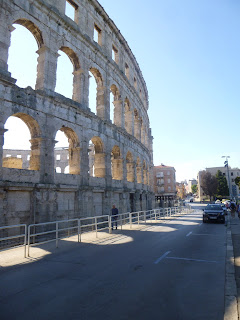 Also my Back-up external Seagate drive "broke" with no notice recently. Not a lot of data lost (only a month or so's downloads) as I tend to back-up my back-up every month or so, but still a pain and I lost a couple of days trying to get it working/finding out what was wrong..... Hey,ho.

On top of all this our reenactment group got to do The Battle of Hastings reenactment at Battle Abbey the other week (something NOT to be missed...).

We were on the Saxon side again - thank goodness... I've been on the Norman side before (once was enough) and dragging oneself up that hill three times a day to throw yourself against a shield wall is a chore.

We had some nice fights against a very young, inexperienced but good humoured group; gentler than we're used to, and there were a few nervous faces here and there when they saw what grizzled veterans they were up against, so we had to "play nice" in return, but it was fun. 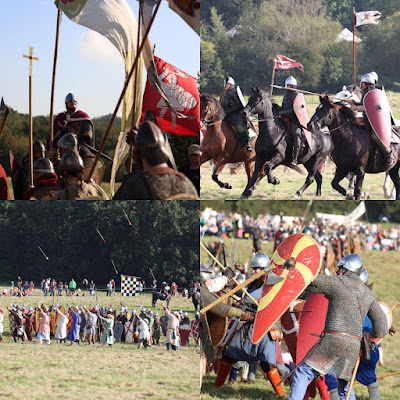 As has happened before we were on a part of the field where there is a small sunken road coming up the slope at right angles, which is always "interesting" as a reminder that a terrain feature doesn't have to be large to totally change the local - and personal - aspects of a battle...

Once again the planning, preparation and organisation of the site by English Heritage made the (potentially muddy) get-out swift and painless (other event organisers take note).

Oh, and I got cut down by a VERY game cavalryman on the first day - always a delight - and my brand new kite shield took a good old bashing (it's what they're there for)...

OK.. Enough of the excuses and blather; what HAVE I done gaming-wise that might be of interest...? Well, I've been playing with my "melee combat" rules...

For quite some time now I've been mulling over a lot of accounts* (particularly contemporary accounts) about the whole "hand to hand combat" thang... 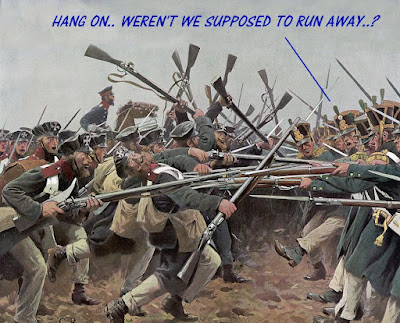 Now, here I'm not talking individual "motivated guy v motivated guy" single combat or brawls, or modern, section-level action or where firearm discharges are involved, but how bodies of chaps behave when one charges another (or offers to charge another or both charge each other) with melee weapons and what happens if (and "IF" seems to be the key issue) they actually come to blows..

I've looked at Sabin and others re. ancient casualty rates and 18th-19th "causes of casualties" studies.

I've read through contemporary accounts (esp. AWI, 7YW & Napoleonic) and theories re. bayonet charges and the use of "cold steel" (including the whole "fixing bayonets alone can be enough to see 'em off" concept). 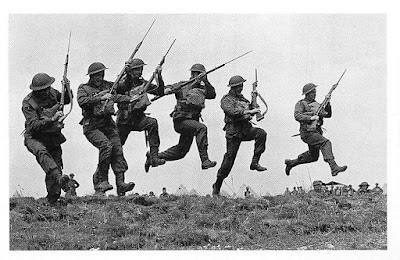 I've taken the "actual bayonet clashes never or rarely happened" school of thought into consideration, studied the "flight or fight" concepts, watched a range of videos of "live action" in the form of riots and "primitive" warfare and read into the "Big man" theories.

Nothing new in all this of course. This is a well-worn path for both historians and gamers and a much argued-over subject. Bears of far bigger brain than I have looked into (and had spats over) this issue. What I am seeking - for my own purposes - is a "simple simulation" which fits" for my (current) assessment... Tinkering yet again...  Watch this space..

Hopefully I'll get down to some experiments (and playing) shortly. As always, thoughts and comments invited......