Give me Liberty, and Give me Dice...

The new camera never arrived, so no pics of recent play-throughs, and to be frank I've just had a couple of little simple old school DBA games, as the reenactment season has kicked off, and I've been kit-prepping and fighting. Fun, but time-eating and exhausting (plus a nasty hurt hand from the last one, possibly a minor bone-break; due to stopping a double-handed axe coming down on my head about five times too many. Could have been worse - that's what shields are for...).

Meanwhile, I've been musing over the various FB wargaming groups I look in on, and the different types of games and rules other folk seem to like - and examining what my own personal likes, and prejudices, might be (and come from) - and whether I'm limiting my own fun by my tendency to follow a particular course (albeit with some experimentation and occasional bought-in rule-set try-outs). 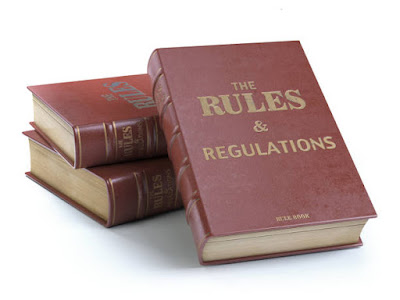 Now, since not all of the groups I dip into are Solo I run into a broad church of opinions and preferences on FB (as is right n' proper).

What is clear is that this is SUCH a personal thing....

Some folk like a nice, logical game of "chess with toy soldiers", with every unit  commanded instantly by the player's whims and fingertips, with no imponderables; be those large battles or skirmishes.

Some like fighting mass battles as if they are skirmishes: with the army commander/Player micro-managing (i.e. having a say) in every little action; sometimes with units fluttering all over the field with no thought of actual C&C limits (other than the magical "Command Radius") or Army or Wing coherence and as if as if local commanders have the same idea/motivation etc. etc. of the Player. Nothing wrong with that. Largely unrealistic for most periods perhaps, but hey, it's your game....

Others go the other way; recognising the reality that, by and large, The General sets "The Plan", then sits back and "The Plan" works - or doesn't, depending on
a) the actions of the enemy, b) the junior commanders out of his immediate control, and c) the (limited ability) of The General himself to affect matters once the hounds are loose.

Myself, as will be seen by the various posts here, enjoy the frustrations and joys of a straitjacketed commander overcoming the C&C issues and imponderables of the period being played; sometimes juniors do what they're supposed to, sometimes they don't. Just like Life in fact.

For me, of course, all games have to be Narrative Driven to hold my interest (just setting the guys out without knowing why they are there just doesn't cut the mustard for me these days).

Also, for certain types of low level skirmishes, I've noticed that my games are moving towards a more "free-form" style; with many more "Lets chuck a dice to see what happens next" aspects rather than complex tables etc.. Purists won't approve, but my goodness the games are fun.

If anyone feels moved to comment in the comments section - or even make suggestions, please feel free. 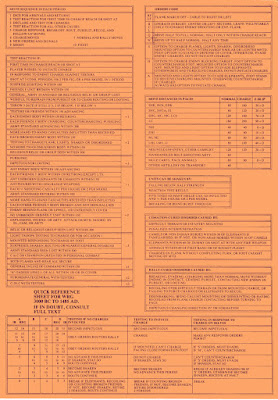 The other year, for a public demo project, I was feeling lazy/had little time so bought some pre-painted bods on Ebay. They were fine for the project, and were squirrelled away after. They resurfaced this week, while I was wondering about using them in another game alongside some home-painted bods..

Now....Whoever did the original painting was much more skilled/patient than I am and did a really nice, detailed job (nice colour schemes, nice shield details etc. etc.) but then spoiled the lot by using that ghastly Army Painter shader gloop; which dulled all the colours, made the figures look too "samey" (they were non-uniform figures), gave what were supposed to be Anglo-Saxons with the skin tones of an offensive 1940s caricature of someone from East Asia and left them hideously shiny (a nice job spoiled. I suspect that's why he sold them on) so totally different from my own lads..

I bit the bullet, and tried to salvage them....

Certain colours were spot highlighted where yellowed/darkened too much by the gloop.

Mat varnish was hand applied on non metal areas (left most of the metal shiny).

Luckily these figures were mainly Revell 1/72s, so had good detailing to make drybrush & highlighting easier - even over the all-coating gloop..

Bods rescued and fit to play with. All in all am classing this as a success.. 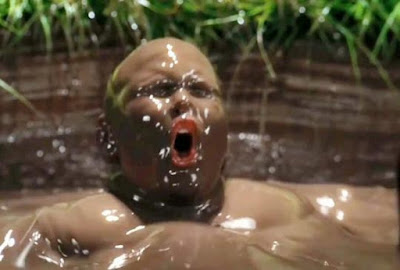 Also modelling related: years ago I bought some terrain-related bits & bobs from an online model railway supplier (Scale Model Scenery here in the UK), and as a result get mailed their regular modelling tips and links. Visiting model railway sites are, of course, a seriously good idea for all folks making terrain, in all scales. This week (links).

I note that the excellent Kabinettskriege Blog has listed a kind of "library of articles". Always worth a visit for those interested in the period.

Also, seen this week; Heroics & Ros have got their Seven Years War range up on their website. I mustn't, I told myself... But I already have.......

Am considering (due to reading too much Fraser over the last month) a "Flashman" skirmish game, am split over which new campaign to kick off (Ireland 1898, Roman, Africa...?) between reenactments and am also being tempted into WW2 6mm... Hmmm...... 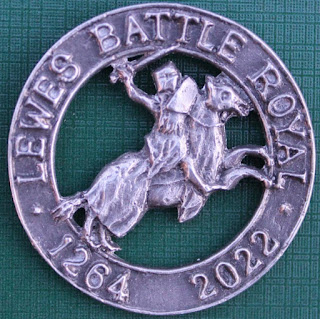