The best plaid lambs gan aft agley etc. (or something like that; I make no claims as a linguist). 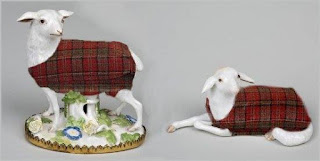 This last couple of weeks was supposed to seen me embark on a campaign for my 6mm AWI fellas. However a combination of house duties, lack of space in the Play Room due to tidying and painting/modelling, my butterfly mind, displacement activity and "painter's guilt" has led me astray (another ovine reference?).....
Some rules experiments and testing a idea from one of the other posters on the FB Solo Wargames with Miniatures Group have taken place.
Dozens of little guys have been reboxed and the distribution tidied.
Some more 6mm woodland bases have been made.
More of my African tribes and civilians have been painted/half-painted (am I the ONLY one with half-painted boxfulls of bods?) as has a lot of related impedimenta and scenic stuff. 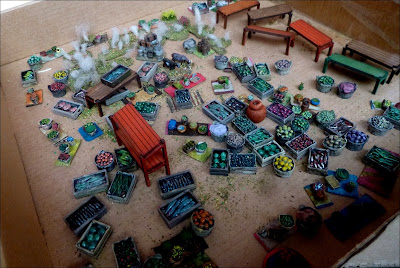 I have also been distracted with a couple of sci-fi projects in 25mm (the result in one case of one snapping up some ridiculously under-priced E-Bay West End Stars Wars chaps).

I had been in discussion with a 3d printer chap re. some re-scaled figures from ranges he had been offering (at top dollar, but within my tolerance range for bespoke items), but that seemed to fizzle out at the other end.

The 3D printing game seems to leave me vaguely baffled at times. I have heard so much heralding of it, and the potential seems amazing (esp. re. out of production/copyright figures) but the items I have actually purchased (a few vehicles) have been a bit "Meh", fragile and fiddly (lots of trimming, the 3D equivalent of "flash") and the pricing of some figures appears ridiculous to someone of my generation. In one case a manufacturer is producing a range of fairly bog-standard 1/72 bods at £4.50 each figure - when I an buy a metal equivalent for less than a pound and a box of 48 plastics for seven quid)...

So I have been preparing some more sci-fi stuff in 1/72, including conversions, for one project (watch this space) and some experimental monsters for.. Well, for whatever.. 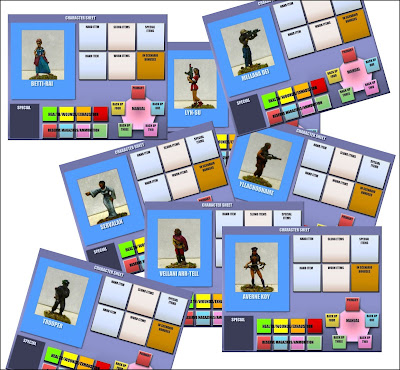 So.. Lots of activity; but again, not what I was supposed to be doing - i.e. actually playing.
Mind you, researching and some book purchases for other projects (and subsequent reading) haven't helped... 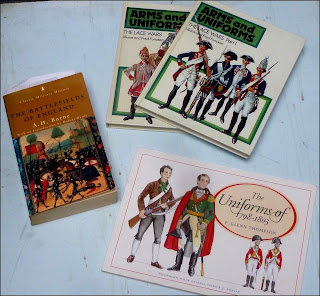 Neither has dipping into some fascinating Blogs:

Well, that was the fortnight that was. Hopefully the next post will be about an actual game.

I note there wasn't any feedback on the last biggie, so I'm wondering if this Blog is going in a useful direction. If folk have any thoughts, or subjects they'd like to throw at me for thoughts please do.