I'm a bit behind with posts & write-ups thanks to the Reenactment Season (Evesham, Bosworth etc. and associated injuries), heat-induced lethargy, a bout of Covid which I'm still shaking off (dagnabbit) and family-issue wrangling, but here we go. Thoughts on a replay of the previous TAZ fights, but from the Other Side of The Hill....

Same set up and scenario as the first battle, this time playing as the Great King's general. My job is to stop the British achieving their objective while not losing too many men.

The reason for this (apart from the fun) is to play around with a situation where it is MY guys who are hidden, to see how I can manage a "secret plan" of my own with limited data AND how to manage the enemy's reaction to what they find. There may be some seat-of-the-pants flying but should be fun. 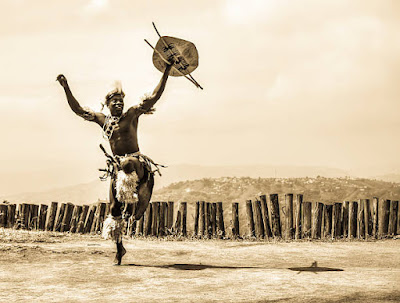 My first decision will be how to deploy my forces.

It doesn't take a military genius to see that the British will be most vulnerable if their convoy straggles (test throws will be as before, and as we have seen before, so this cannot be guaranteed) or when they are crossing the Drift (or drifts). Having men to hand to take advantage in these situations would be good, but placing them so makes their discovery by enemy scouts more likely.

Scattering my regiments will allow wider coverage. However, this leaves them open to defeat in detail and increases the chances of independent action on the part of my sub-commanders. Placing troops off-table keeps them safe, but makes them difficult to summon - and again risks independent action on their part. Also, do I expose certain troops to view (and thus fire) in the hope this affects enemy decisions ? Hmmm.... 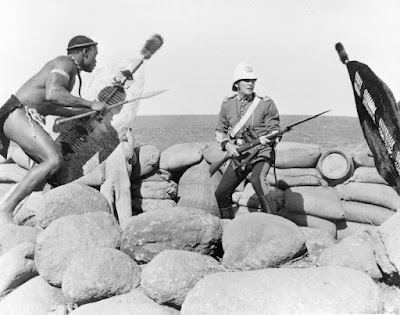 Once the British enter the field (via the track) they will be making their own decisions as to what to do. This will be hidden from me since while my general can guess at their route, how they actually approach and how (i.e. in column of march, deployed for battle or in mobile square) will only be "known to me" if I chose to place the general in Line of Sight of the column (i.e. close to the action) or when a report (Messenger) mentions this (see below: "Incoming Data").

The enemy "decision" will certainly affect the success of any moves on my part. Their decision may also affect how any of my sub-commanders react.

One thing I will need to decide is where to place my general. Ideally he should be able to see both the enemy and his own army. He should also be in a position to signal to his men so as to exert some kind of control over the action. However......

Given that on the two previous occasions the "Home Side" achieved their objective with just the AI as player (albeit at a cost) I feel that I should handicap myself. My general will therefore start the game in the kraal (let's say he is having "second breakfast"; one of the privileges of rank) and will not move from there until there is the sound of heavy gunfire (say at least a whole British company) within 36 inches of the kraal or a message arrives (see below) indicating that the enemy are here in force. 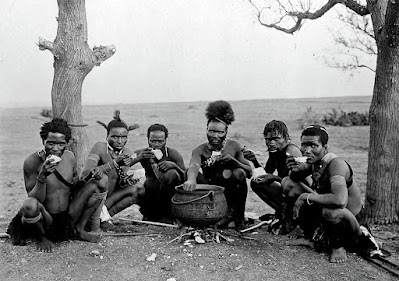 Unless the enemy is in clear sight I won't know what they are doing unless informed by messenger. Unlike the enemy horse in the previous games I do not have separate Scout Units. Instead my units must spot the enemy, then send messengers to my general. These messengers are not professional soldiers (these are the junior ranks of the units - perhaps rookies or even herd boys). The process will work like this.

On an enemy force approaching within sight and within twenty four inches of a friendly unit or scout a test is made per friendly move on the table below to see if a messenger is despatched: 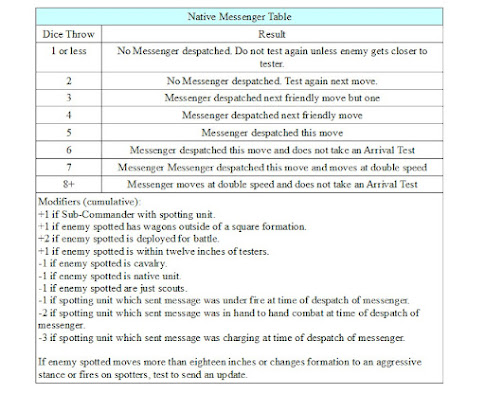 We then assess how long, in theory, a messenger will take to reach the General and test once that time is expended to see if the message has been delayed. 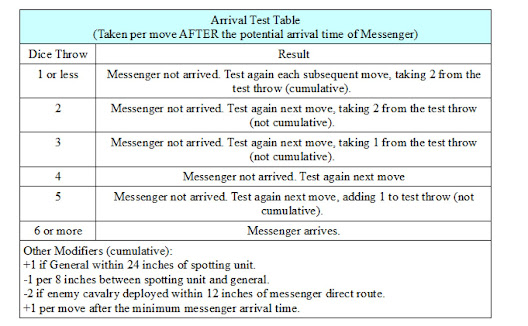 Once the message has arrived we test again on the table below to ascertain how good the data sent actually is. 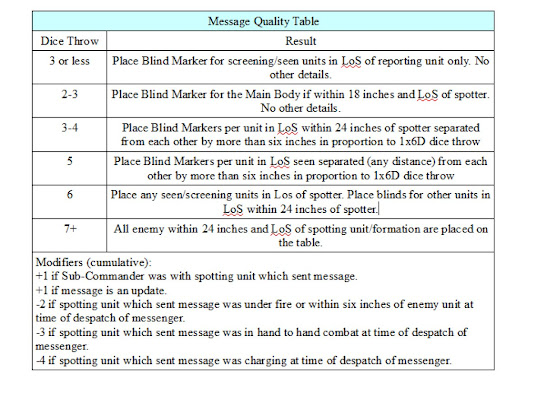 Summoning /Activating Troops:
On-table troops will be activated in the normal way  - i.e. their commanders will react to messages, pre-arranged signals, react to ad hoc decision tests with regards changing situations and standing orders etc. etc. However, off-table troops must either have specific instructions as when to enter (written before play) or must be summoned by signal or messenger. They will NOT enter the table without orders.
Messengers sent by the general will be subject to the usual problems/factors of messengers, with a standard "Delay test". Messages must be written out and must be interpreted based on the actual words - not the intentions of the writer.
Signals, if used, must have a pre-set meaning (written down at the start of the game, "e.g. On signal march to location of smoke", "On signal; march to Black Calf Kopje",  "On signal; march to Black Calf Kopje, attacking any enemy seen en route"etc.). Their implementation may be subject to a "Delay Test". Once on the field they will be subject to normal sub-commander reaction tests.
Pre-set instructions must be specific (e.g. "If many guns are heard march to them", "March to Black Cow Kopje when the sun is highest", "March to any Kopje from which I signal with smoke", "March to the Drift" etc.)  with a supplemental instruction if desired (e.g. "If many guns are heard march to them. Attack any enemy seen."  etc.). 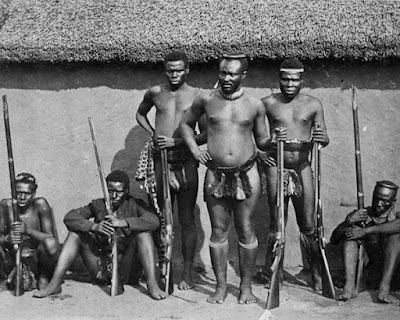 Summary:
Yet another "How Can I Introduce FoW into my Games experiment. OK, a lot of tables there, but I want to see how I can manage (or mismanage) on limited data. Playthrough next....